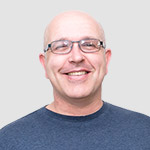 Earlier this month, Itomic Melbourne were delighted to be in a position to host a Drupal Code Sprint at our offices in South Yarra and to provide the necessary refreshments. About 15 Drupal people gave up their Saturday to attend and contribute (thank you one and all!)

“What is a code sprint?” we hear you ask? This straight from Wikipedia:

“A sprint is a get-together of people involved in a project to give a focused development on the project…. Sprints are [typically] organized around the ideas of the Extreme Programming discipline of software development. The sprint is directed by a coach, who suggests tasks, tracks their progress and makes sure no one is stuck. Most of the development happens in pairs. A large open space is often chosen as a venue for efficient communication”

Drupal is the software CMS/framework in which Itomic specialise. The current production version of Drupal is Drupal 7, and work on the next version (8, of course!) is well advanced – not least with the help of code sprints like this one taking place all over the world.

Like any event, it’s never the result of the efforts of just a single person or company. Big thanks go to: